By Citizen For Citizen Digital

Stacy Vugusta popularly known as Pendo has been arraigned at a Mombasa court for failure to pay Ksh. 208,000 bill at the English Point Marina hotel.

It was reported that she pledged to pay the remaining amount within two days between September 14 and October 7, 2020.

The hotel management blocked her from leaving the premises, demanding that she pay the amount in full.

Two weeks later, their efforts to have her raise the money had still proved futile and her bill had continued to accumulate.

It was then that the management decided to report her to the police and have her charged in court.

Pendo is said to have arrived at the hotel in the company of an unidentified man.

The couple apparently spent a few days together at the luxurious hotel before the man abandoned her.

On Friday, Pendo was arraigned before Resident Magistrate David Odhiambo at the Shanzu court in Mombasa.

The accused has been ordered to pay the amount before March 15, 2021 when the case will be heard next. 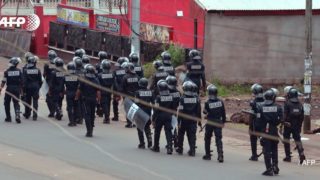 Story By Citizen More by this author